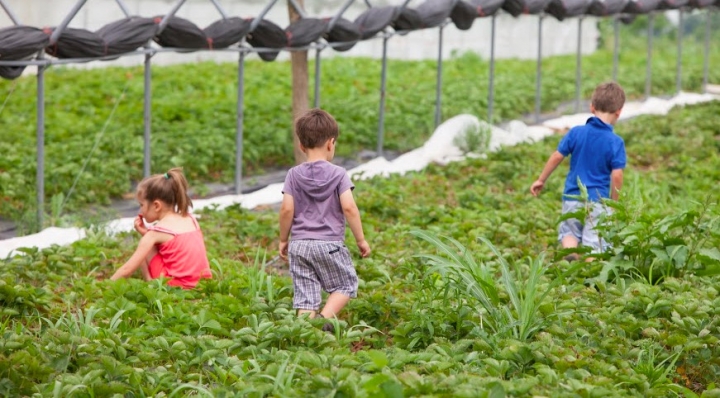 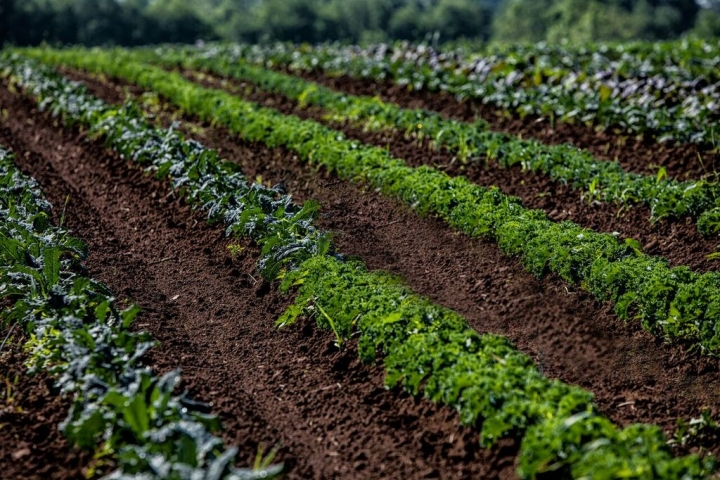 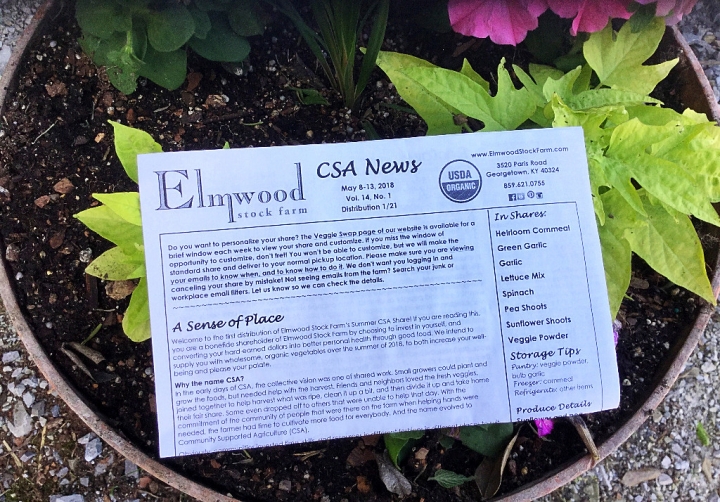 October 31, 2018 – Elmwood Stock Farm is a 6th-generation family farm in Lexington, Kentucky that began as a producer of Black Angus breeding-stock cattle. The cattle are still an important part of the farm ecosystem and farm business, though over the past decade the family has branched out to produce a variety of organic vegetables, fruits, meats, eggs, and cornmeal. Organic certification and close family involvement ensure that safe and sustainable farming practices are followed, livestock are well cared for, and land and water conservation remain a priority.

Today, farm owners, Cecil and Kay Bell reside and farm full-time at Elmwood. Cecil oversees his Black Angus cattle herd, makes hay, and maintains pastures, barns and on-farm construction projects. Cecil’s son, John Bell, and his wife, Melissa Bell, oversee all of the vegetable production, are partners in the cattle herd, and raise pastured pigs. John’s sister, Ann Bell Stone, and her husband, Mac Stone, maintain the organic poultry, sheep flock, and CSA pickups of Elmwood products. Mac’s tours of the farm help visitors understand where their food comes from and what it takes to be successful farmer. Mac served two terms on the OFRF board from 2005-2010.

Elmwood Stock Farm began transitioning to organic around 2000 and it took them about 12 years to get their 575 acres shifted over. Now Mac says everything they do is certified organic or they don’t do it. “My brother-in-law had gone off to to college, studied abroad, and come back to farm with his dad,” Mac explains. “When he had a bug or disease problem, he’d figure out what he should spray, but didn’t like the idea of having to wear a respirator to drive a tractor on his fields. And, he was smart enough to recognize that the spraying was still just a band aid. He was looking at more long-term solutions like rotations and cover crops. Parallel to that, my wife was selling at the farmers’ market. The customer engagement about organic and pesticides brought them to the common goal of eliminating pesticides for both reasons.

“We give tours of the farm and it’s all about how organic works and the biology behind it. The premise for our farm tours was that the people we know and love were making really bad food choices. The tours have been really well received and people always go away with a different image of food and farming.”

The tours also play an important role in educating consumers on the integrity of organic. “When I explain how the certification process works, with the inspections and audit trails, people are shaking their heads, they have no idea. It’s more stringent than a health inspection at a restaurant. I share the process in a way so it’s not, oh look what I have to do, but look what I get to do.”

The family farms about 55 acres of vegetables each year, keeping the rest either in hay or pasture, which is very integral to the produce production. They have an eight-year crop rotation with five years of alfalfa for hay, then vegetable crops for three, then back to alfalfa for five.

Elmwood’s CSA includes about 600 members and they do four farmers’ markets on weekends. They also maintain a few restaurant and retails accounts, but it’s not a big volume for them.

We have 11 workers from the H2A guest worker program and another 12-15 for farmers’ markets and delivery. “It is skilled labor and we were glad to see our workers come back this year,” says Mac. “We were nervous about it.”

When asked what his most value able resource was when he began farming organically, Mac says OFRF was a groundbreaker. “Back then, organic was a sore word, in Kentucky anyway. There were just a handful of organic farmers. I didn’t care if people snickered, I knew it was the way I wanted to farm. But, truthfully, OFRF was a legitimate information supplier and you could have confidence in their information.”

Things have improved over time says Mac. “Now we are able to communicate a lot better. Three universities have certified organic acreage, so that really helps. As kids are graduating out of those programs, they’re getting jobs and legitimizing it. We’re starting to build a little steam.”

What role does research play on the farm today? “We’re in a little inside state debate, where some are saying that organic is starting to suck all the resources,” says Mac. “But so much of it is transferrable to commercial vegetable growing—whether you’re selling organic or not. Why not improve your soil health? Why not rotate crops? Still some of the basic organic documentation has to be done at each different place. We’re out here on our own and we don’t have the tech guides and tech services available to affirm how these complex systems can work. It’s not just whether a certain chemical works. It’s so important to verify how plants and insects respond.”

“We have a soil scientist from the University of Kentucky doing a research project on our farm now. She’s evaluating the microbial health in our eight-year crop rotation. We’re asking several questions. Are we slowly mining our soils or are we keeping pace? As production grows to meet demand and we go to more plant intensive farming, is the next generation going to be as fertile as it is now? Her data is showing that we’re keeping up, we’re building soil and sequestering carbon. It’s affirming what we’re seeing, but to know it, not just think it is a really big deal. We’re in about year five, but because of the way we rotate, she can see all eight years every year. She’s got five years of each set of data, so she’s pretty confident.”

Mac thinks the demand for organic will continue. “I have three daughters with young children and that generation is driving the market,” he says. “Our customer base is younger than it used to be. As more and more information comes out, it’s a matter of time. Once the true value of our nutrient dense organic foods becomes available, and that knowledge is more pervasive, our kale will be more valuable in the marketplace than pesticide laden kale. We’re just at the cusp I think.”

Wrapping up the conversation, Mac offers his top three reasons to go organic: 1) grass fed organic meat and dairy products are heart healthy. It’s been scientifically proven; 2) the balance of nutrients in the soil makes for a healthier plant biome, which in turn makes for a healthier human biome; 3) that same balance of nutrients will bring with it flavors and flavor profiles that you can’t get with simple chemical production of food.