January 19, 2021 – Stephen Gray and his family are the third generation to farm their land in Ashkum, Illinois, and just a couple of years away from becoming a centennial farm. Stephen recalls an idyllic time as a young child when his dad raised dairy and he could catch fish in the freshwater ditches. Things changed when they stopped raising livestock and began farming corn and soybeans fence post to fence post. “My dad was competing against farmers who were getting payments from the government and eventually he had to jump in with everybody else to make it financially,” explains Stephen. “He waited as long as he could.” Pretty soon, Roundup made its way onto the farm and the once-clear ditches became coated with green film.

When his dad passed and Stephen took over the farm he decided that he didn’t want to be constantly spraying chemicals and putting on fertilizers, and he wanted livestock on the farm again. In one year, he switched everything, beginning the transition of the 600-acre farm to certified organic production.

It was a whole different concept, not only for the farm but for Stephen’s research subsidiary, Gray Research Production, which had contracts with several large companies to research herbicide traits, test for chemical efficacy and yield, and breed corn. In fact, Stephen says working in the corn breeding nurseries was one of his favorite things before a severe pollen reaction led him to reevaluate. “I’d never had a reaction to any type of pollen before and I went out to work in the nursery and got rashes all over my arms from the pollen,” says Stephen. “There were eight different experimental traits in the corn I was working with. So, that was it. I said no more traits and chemical studies and all those contracts dried up.” It was a stressful time for the family because they were going into unchartered territory by transitioning to organic and losing the research income at the same time.

Things are going pretty well though. With one-third of the farm currently certified organic and two-thirds in T1 or T2 transition, 100% of the operation will be certified organic by 2023. They sell direct-to-consumer through another subsidiary, Harvest Table Foods, and have a loyal customer base which they’re hoping to expand.  This will be their first year selling certified organic corn and Stephen is in talks with his certifier to learn what he has to do to get his cattle and poultry operations working in sync with his organic ground. “Until now we haven’t had enough organic ground to sustain feeding my animals with all organic product. Now, for the first time, we have enough hay and grain for the poultry to do organic for everything.”

The Grays grow red clover, organic corn, organic and conventional soybeans, pasture mix for their cattle, oats for feed, and millet. They are also experimenting with growing sunflowers for feed. They raise black angus, laying hens, broiler chickens, and holiday turkeys. In addition to their CSA, they do two farmers’ markets.

Their organic ground is far surpassing their transitional ground in both gross revenue and yield, achieving about a third higher yield. Stephen attributes this to a rotation of red clover, which provides a slow release of nutrients back into the soil. The root system that develops provides better root penetration and a steady supply of nutrient value that will carry the crop through severe weather events. “We can ride the storm. It’s more than just that one year’s crop though, you have to be looking two years or so down the road at what that crop is contributing or taking out of your soil.”

Stephen also practices minimal tillage to build the soil and reduce disruption to soil life. “We only till six- to seven-inch wide strips in the fields of white clover where we plant our row crops, corn, and soybeans,” he explains. “We mow in between the rows instead of cultivating. Every time a row of white clover is cut or grazed a portion of the root system dies and releases nitrogen and stimulates more growth.”

Stephen doesn’t see any benefit in terminating perennial cover crops like clover that grow four or five years, building soil health and providing the mulch he needs around the plants to retain moisture and control weeds. “I’ll have my six-inch strips, plant my crop, and do rotary hoeing and weeding only in those six-inch strips. When the crop gets big enough to mulch I’ll set my mower so it sprays out the sides instead of the back to mulch around my plants. Once I see the white clover being overtaken by grass, I will do an inter seeding again in the early spring and let the white clover or other species that I want to incorporate take over naturally. I’m not looking to work the whole field up and start from scratch. I’d much rather keep a green field as much as I can.”

“The first year after the red clover, we grew organic seed corn and while we still had wet areas, we did not lose the crop. That was when we knew we were on to something. In some of those years we received seven or eight inches of rain during these weird weather events and we would have lakes across our fields. We found that on the organic ground we didn’t have standing water, while I was still waiting for the tiles to pull on the conventional acres. I didn’t have any replants on my organic acres; I did have replants on my conventional tile acres. I used to have heavy slabs of dark soil and it was hard for me to work that ground into a really nice seed bed. I found just the opposite with the organic acres and that is why I am so encouraged.  We also had some really good plant standability. We had good yields. I was very satisfied.”

Stephen says one of the biggest challenges of the transition to organic is the learning curve. “I come from a background of traits, chemicals, and row crops, and thinking everything is its own single year entity. Realizing that the crop you plant this year will have an impact on your following crop and so on is a big shift. It’s a lot more detailed than just deciding how many acres of corn and beans you want to plant and placing an order. And, once you’ve set your plan, it isn’t as easy to change it.” Stephen is fortunate to have a neighbor that has been farming organically for a number of years. “They gave me some really good advice and definitely saved me from making some really foolish mistakes.”

Stephen compares farming conventionally to how he does things now. “When I farmed conventionally, I would have the co-op come spray herbicide before I even planted. They’d come back and spray once or twice after the crop was out of the ground. I watched it grow and I would harvest it and they would come out and do soil testing, apply my fall fertilizer, and the next year, I’d go out and plant again. So, all of the scouting, all of the crop nutrient needs in relationship from one year to the next was done with that one year in mind. They’d spray fungicides and herbicides depending on what they saw. There was no reason for me to be in the field, everything was done. That’s not the case anymore. We monitor our own, we plant our own, we do our own weed control or hire someone to come in and burn. It’s much more hands-on individualized decision making so we know exactly what happened.”

There’s also a financial impact since there is little to no markup for transitional crops. “When we began the transition, we were in a financial crunch so I was simply doing maintenance and looking to maintain the soil fertility to where it was when I started that year. Banks that haven’t had a lot of experience with organic’s three-year transition process don’t understand that there are going to be a couple of tough years.”

Stephen is making some long-term investments that also put pressure on his bottom line. Some of the things he wants to do, like starting an apple orchard, will take five years before there is a cash payout. “It’s beyond my farming years,” he says. “I told my kids everything we start better not stop while I’m still alive. I want to see it continue through my farming years. I want this to be something they respect and keep going so it is passed on. That’s my hope.”

Why does Stephen think research is important? “It’s very important to make that bridge. I’ve been telling everybody that wants to do organic research that it doesn’t work to go to a conventional farmer and just present one side. Everything I do here on a performance level, I do on my organic ground and then I mirror that in a conventional study on someone else’s ground. We keep track of costs, inputs, everything that we have to do to make that crop happen. Then, we compare that at the end of the year so we can show the value. A lot of people think organic farmers are going backward and that they don’t use technology or science, and that couldn’t be farther from the truth. If nothing else, organic farmers have to be so much more well versed in what affects their crops. You really quickly have to become an expert on pest control and everything that goes into your crops and how they interrelate. There’s a mountain of information that organic farmers have to think about that most farmers don’t have to consider.”

When asked about how organic farming can help mitigate climate change, Stephen admits it will be difficult to move things on a global scale since organic is such a small percentage of agriculture, but he says it’s important to do what you can on an individual level. “I grew up on this farm and we used to have the cleanest water. Now we have to drink bottled water. It’s only been thirty years since I went fishing in the ditches. We don’t have any of that anymore. Now we have green film, we are oxygen-deprived and have too much nitrogen in our ditches. When farmers go out and put down 250 pounds of nitrogen in one growing season per acre, that is insane. So, there are lots of things individuals can do.”

The goal for Stephen is to be as self-sustainable as possible. “We want a family-run operation that provides a living if you are willing to do the work. You have to be all in, you have to be a believer and know what you’re doing and not just be in it for the financial end of it. If there’s one thing I haven’t emphasized enough it is the support of my whole family. My wife Patricia has been so supportive even though there’s been financial stress. My four kids have worked with me in the fields since they could follow me down the rows. I’d never be able to do any of this without their help.” 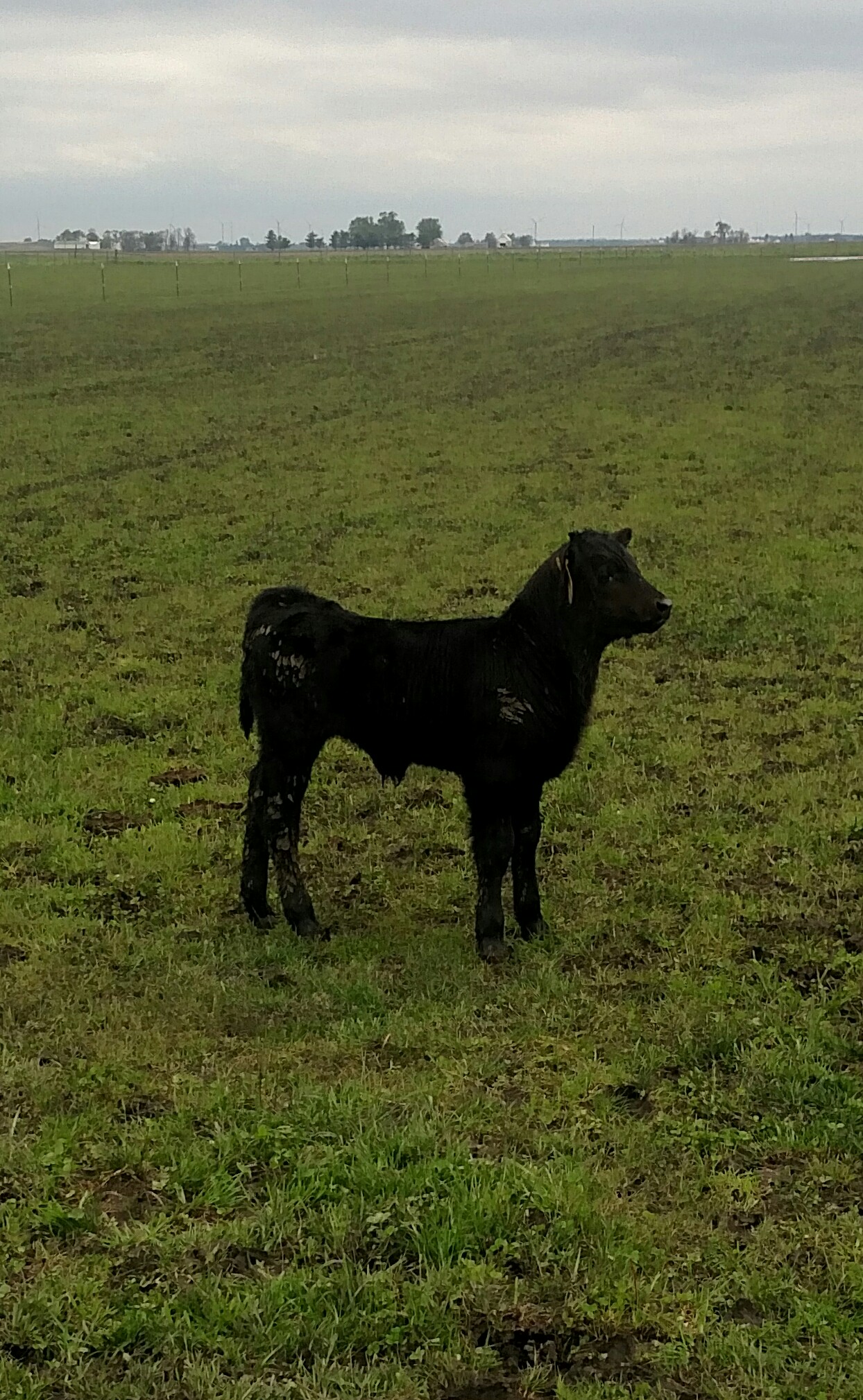 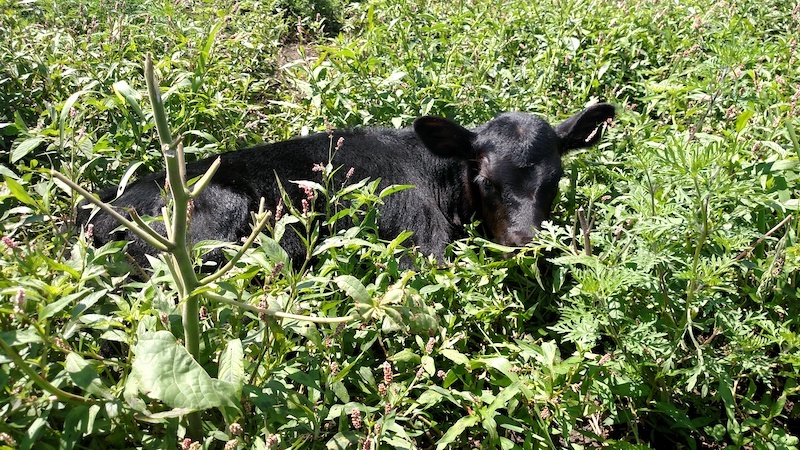 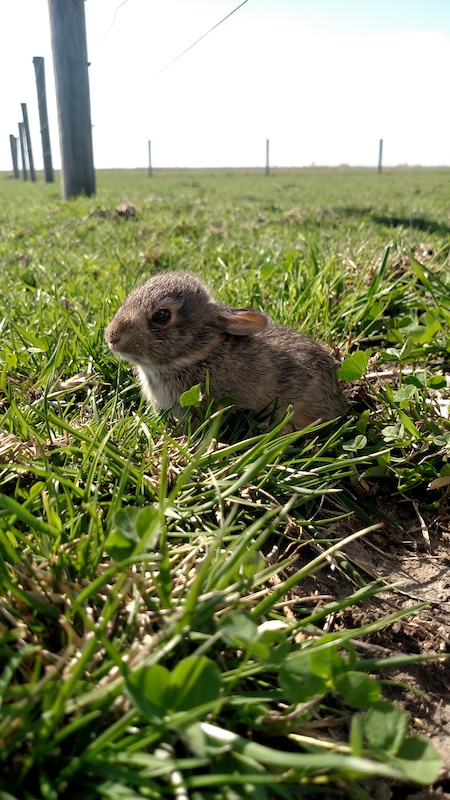