Established in 1932, Parducci Wine Cellars is the longest running winery in Mendocino County.

The wines are sold through distributors in all 50 states and can be found in grocery stores and restaurants. They also sell direct from their website in states where it is legal to do so. Parducci is the largest brand. Paul Dolan is the 100 % organic brand. Moniker is the wine brand that will convert in 2024.

The winery is well integrated with the community and supports their employees with fresh produce and eggs from their 15-acre organic orchard/farm and several hundred chickens. Employees may farm up to two rows themselves. In addition to the tasting room, they invite visitors to come in and look at the property, especially their efficient gray water recycling system.

Soil health on the vineyard

Chase Thornhill, Owner and General Manager, oversees soil health on the farm—anything that’s not directly connected to the vine. While it’s a whole different ball game farming row crops versus grape vines, Chase says he’s learned a lot about soil health by talking to other farmers. “This movement relies on farmers sharing information and people paying attention to what farmers are doing across crops, across the world. That is where this gets exciting and it has inspired us to go as far as we can with it.”

Traditionally, they would cover crop with a plow down in every other row. Another vineyard on the property might be no-till, but they wouldn’t plant anything there. Whatever vegetation was there would be mowed. These tillage methods were combined with some use of compost.

Composting is difficult in a vineyard though says Chase because it requires very narrow equipment, lots of trips, labor hours, and diesel. That’s why he’s putting more of the focus on getting nutrients through cover cropping and no-till by cover cropping every row every year. “If we want to build up the organic material and carbon, and we know that tilling dramatically reduces both of those things very quickly, then we really need to be looking at eliminating it.”

This year, they used a no-till drill on both properties, on all rows, planting a 12 species annual cover crop mix of legumes, grasses, brassicas, and some broad leaf. They’ve also been experimenting with flax.

The property, which was formed by flood plains, extends a mile a and a half along the Russian River. Chase says it’s been interesting to see how the different cover crops have responded in each area. “You could go block by block and swear we planted different mixes. But it is the same mix, and it is all responding differently. Some areas might be just the legumes, some just the grasses and brassicas, and some everything—which is ideal. The fields are self-regulating to the plants that grow well and give them what they need.”

The goal is to keep growing their own nitrogen by adhering to the four soil health principles as stated by the National Resources Conservation Service (NRCS): keep the ground covered, minimize disturbance, use plant diversity, and always have something green growing. Chase thinks vineyards offer a good opportunity for farmers to maximize the use of cover crops because so much of the infrastructure is already there and doesn’t move, and the vines grow at roughly the same time every year. “If we can use summer cover crops and grow 5,000 lbs/acre through the summer plus the 4-5,000 lbs. we grew through the winter, that’s where it starts to get really interesting.”

“The fun thing about a vineyard is that it’s a perennial deciduous crop. It’s only growing through this one period,” says Chase. “If we think about it like a relay race, the vines are going to hold the baton from bud break through leaf fall. Then, we can have the cover crop take that baton all the way through the winter and explode about a month or two before bud break. There is always going be this other part of the season where you can be maximizing the photosynthesis while the vines are dormant.”

The cover crop is typically terminated by mowing. “Occasionally, we have to apply some tillage but we try to minimize it,” explains Chase. “This year, we’re going to experiment with growing summer covers in the tractor row after we shape the field. A month after we mow the fall planted cover crop, we’ll do a light discing pass and go right back into a summer cover crop including sorghum sudangrass, safflower, sunflower, cow peas, and buckwheat.”

He doesn’t expect those crops to do much in the summer, except for the sorghum sudangrass, which is very water efficient. “We’ve had fields where the sorghum sudangrass has grown overhead with basically no water because these plants are so drought-tolerant. It’s going to add a lot more carbon to our fields.”

Like most farmers, Chase is thinking about disruptions related to climate change. “Evaporative demand has hit unprecedented levels, the highest ever recorded was last year. On the one hand we have this drought, so we don’t have enough precipitation. On the other hand, we’ve got this very high evaporative demand from wind, low humidity, and high temperatures.” In July, when it’s over 100 degrees and the afternoon winds pick up, he says it’s like standing in front of a hair dryer.

Planting a cover that can sustain the summer and keep the field green will lower the field temperature. “There’s a risk and concern that it is going to cause too much competition for the vines but I’m very hopeful that the benefit we will get from adding all that biomass to the field will outweigh the competition we experience.” And, while it remains to be seen whether it will reduce the need for water, Chase is expecting good results.

Chase says last year was a terrible year in general for the region, which made it a great year to be all in on the new practices because they weren’t any worse off than anybody else. “I’m really hopeful that as we move on, we’ll see the type of resilience that organic farmers see with other crops, so when we do have serious climatic events like we did last year, we won’t see massive yield reduction because we’ll have a more resilient system.”

Everything is on drip irrigation. Overheads are used in the vineyards only for frost protection. They have ponds on both properties for storing water from winter rains, using that water to run through the drip irrigation in the hot summer months. All gray water is processed onsite through a low-energy natural system that includes settling tanks, trickle towers, and man-made wetlands. Chase’s uncle, Tim Thornhill, designed the system more than a decade ago, describing it as a living green dialysis machine that cleans the water and puts it put into one of the irrigation ponds where it can be used the following season for drip irrigation.

They process 5,000-7,000 tons of grapes every year and all of the skins, seeds, and stems stay on the farm. “So, we’re carbon amending directly from the processing facilities into the vineyards. That material never leaves the property again except as wine.”

Participating in the Environmental Quality Incentives Program (EQIP) from NRCS provides support for cover cropping all rows every year. “There’s no question that the EQIP program, in providing financial assistance, is a huge help in getting over the hump of not doing these things. Plus, it got us committed to it.”

Chase adds that working with the local NRCS office is extremely easy. “Everyone has been super responsive and it has been a very easy program to get involved with. There are many other things I’d like to do with the property around conservation, so we’d like to participate in other programs as it makes sense.”

One example is composting. “Compost is wonderful if you have it and you have the ability to spread it. Having help from NRCS for composting, cover cropping and residue and tillage management is really helpful.”

Chase’s wish list as he works toward achieving the goal of soil health and being an organic system? “I’d like to see innovation in under vine vegetation control, something that’s faster and cheaper to move through the field, uses less diesel, and less labor. If we were going to be conventional, we would manage weeds and growth under the vines with glyphosate. What we are doing now works but it is much more expensive. To be an organic grower probably costs 20% more per acre than a conventional grape grower. A lot of that is from the ground cover management. It’s not even planting or moving the cover crop, it’s the under-vine growth.”

“The mowing equipment needs to be more like hay mowing equipment that’s compact enough to work in a vineyard. That equipment is designed to cut fast and it leaves the material more intact. Whereas, if you go through with a flail or rotary mover, you’re going to chop it all up and that material is going to start decomposing faster, volatizing the nitrogen faster. If it was more intact, we’d be able to achieve the lasting residue “soil armor” principle a little more effectively. You might say, why not just roller crimp? But it’s very difficult in a vineyard because you’re dealing with an area that’s not flat and is only five feet wide. There’s so much undulation to it that makes it really hard to terminate. Another challenge is that we’re trying to terminate before the reproduction stage.”

The alternative is to not have anything growing under the vine, but that’s where the irrigation is. Sub-surface irrigation in the vine row is would work because vine roots extend far enough to get that water. However, there are other challenges and Chase says they don’t yet have the right tools to make it work.

Lastly, Chase says some very simple documentation on how to use conservation techniques like cover cropping—in the context of a vineyard—would help folks understand how to convert to an organic system. “My experience level has been a double-edged sword. On the one hand, I haven’t been doing this long enough to make these decisions; on the other hand, I don’t know any better. We’ve done it the other way for so long and change requires a lot of knowledge and communication. Resources like Sustainable Agriculture Research and Education (SARE) and NRCS have been very helpful.”

In closing, Chase says farming organically is important because it’s doing things the way nature does. “There’s so much opportunity for us to do harm to the soil ecosystem with what we add to it, so I feel the most comfortable adding just what nature would have added. I know that farming is inherently extractive and exploitive of the land and if we weren’t there the land would be healthier. So, if we are going to be there, I want to work to fit into that system in the least destructive way we can—and that is being organic and regenerative.” 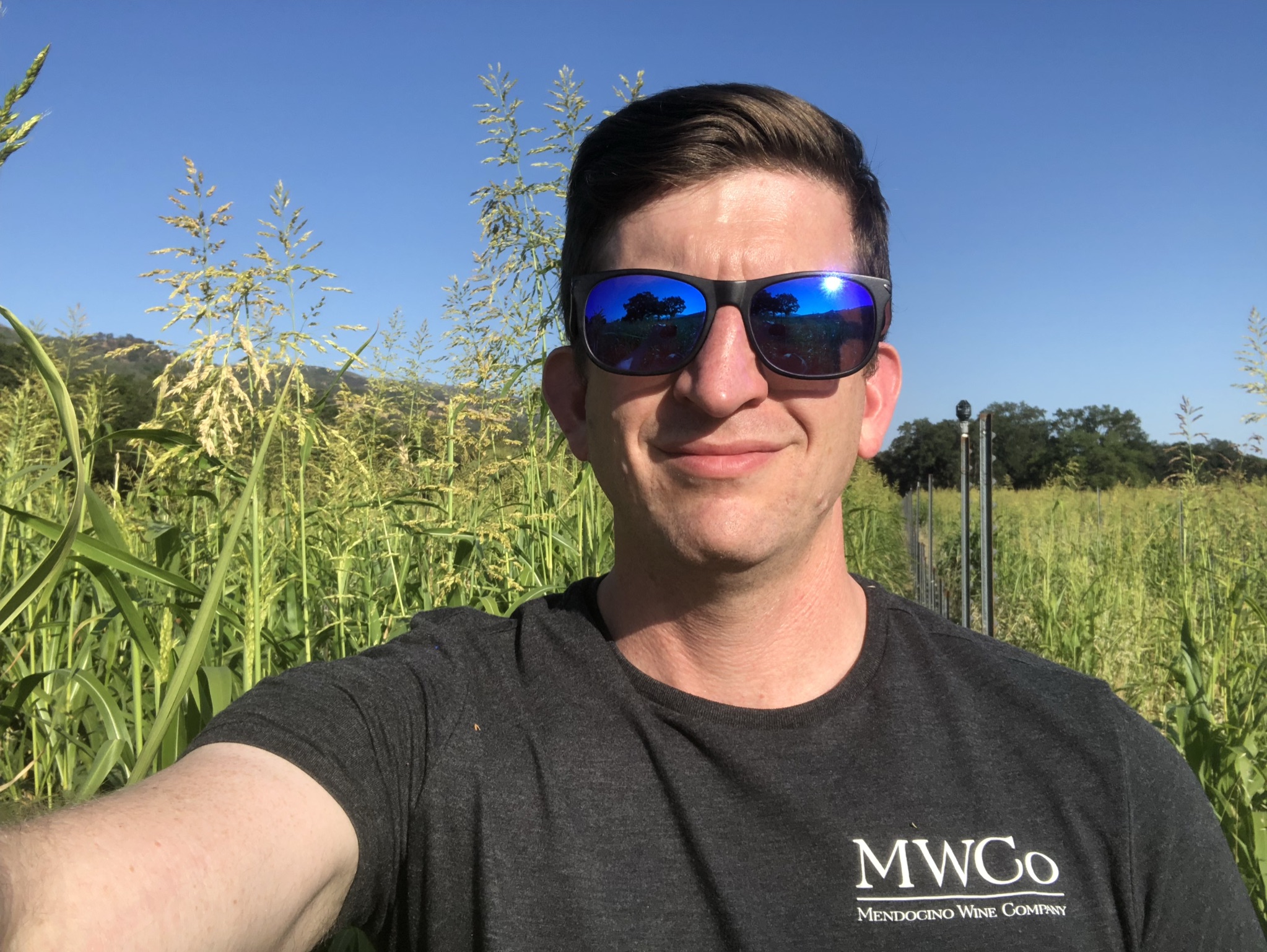 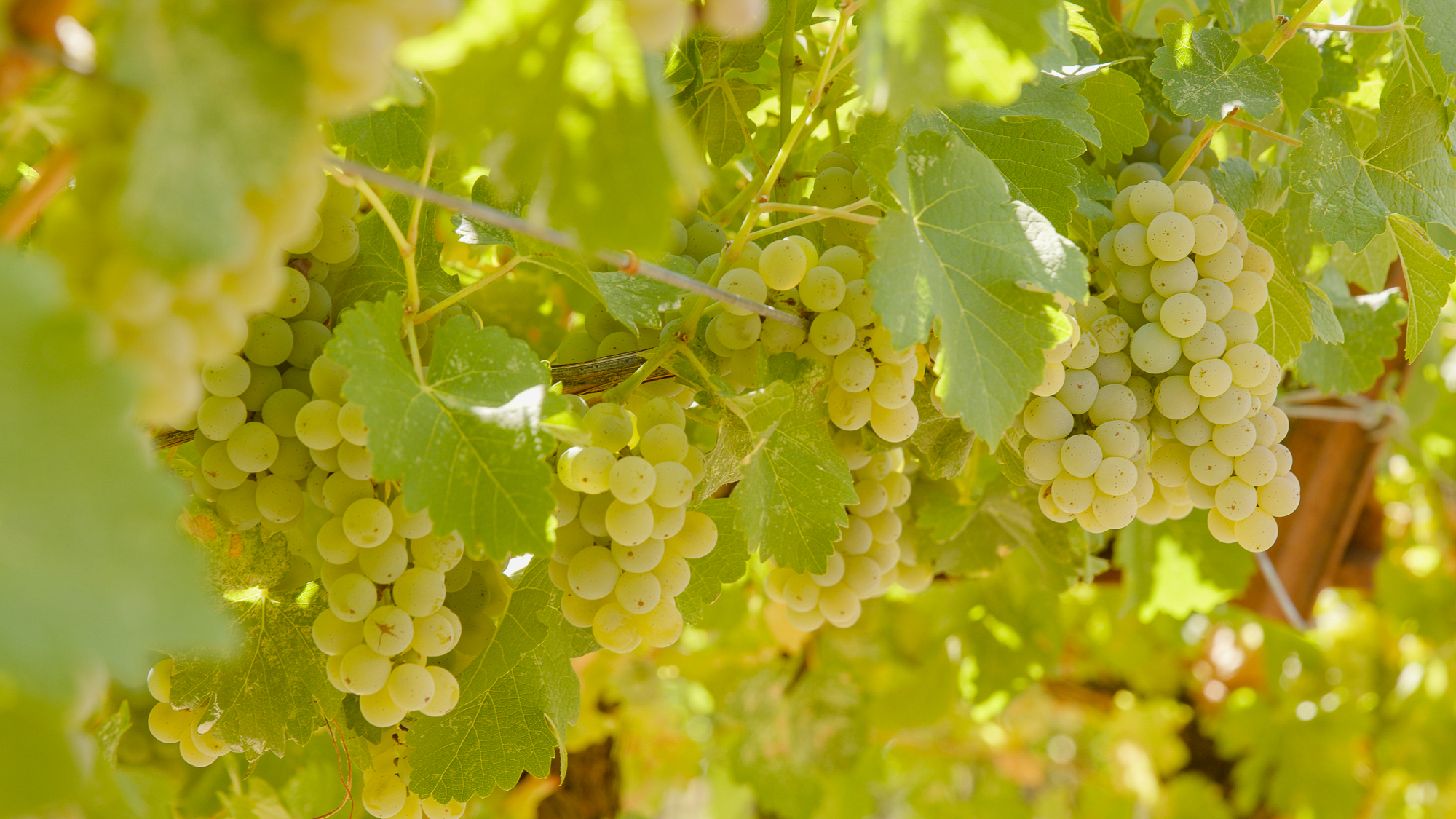 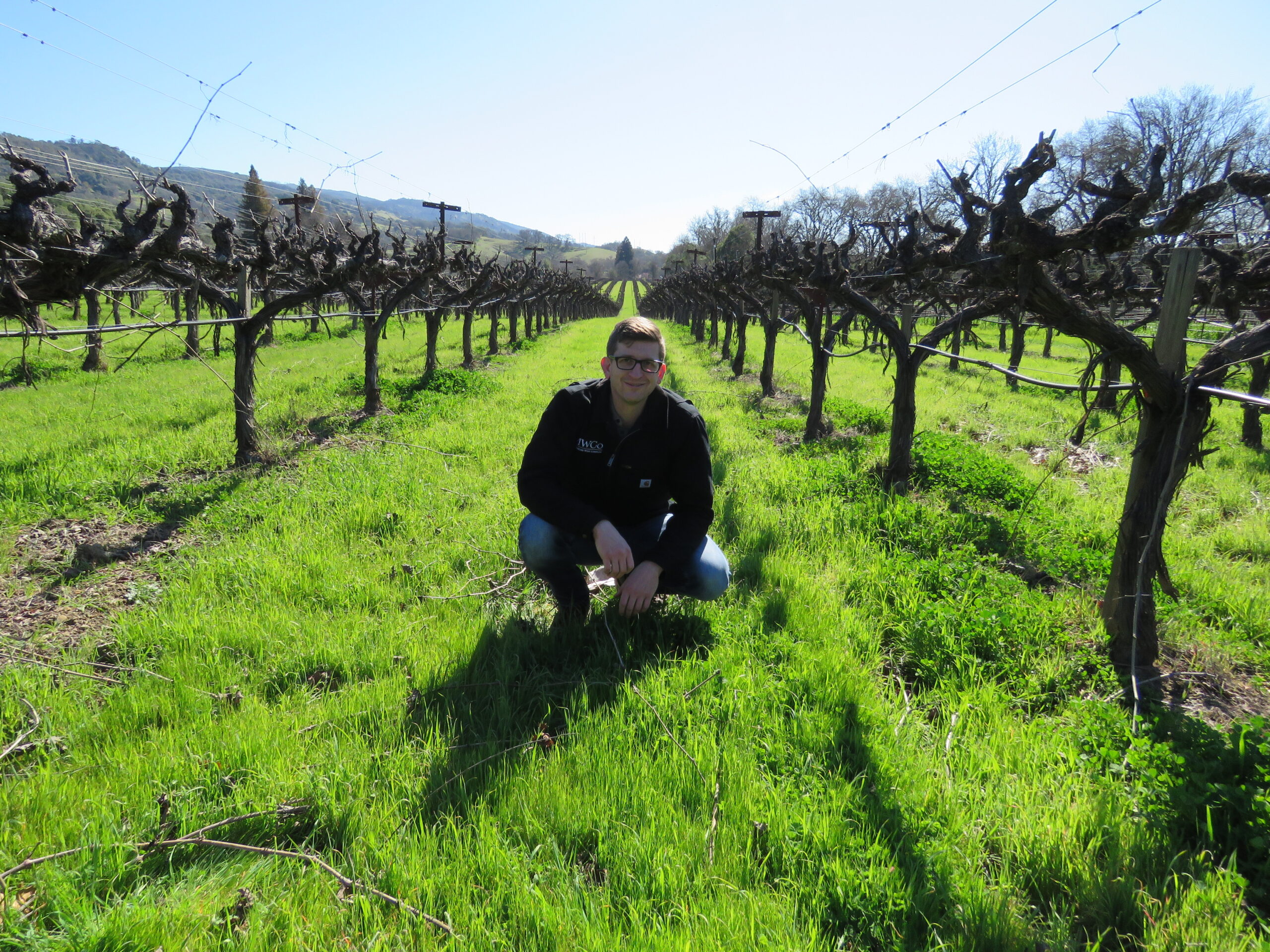 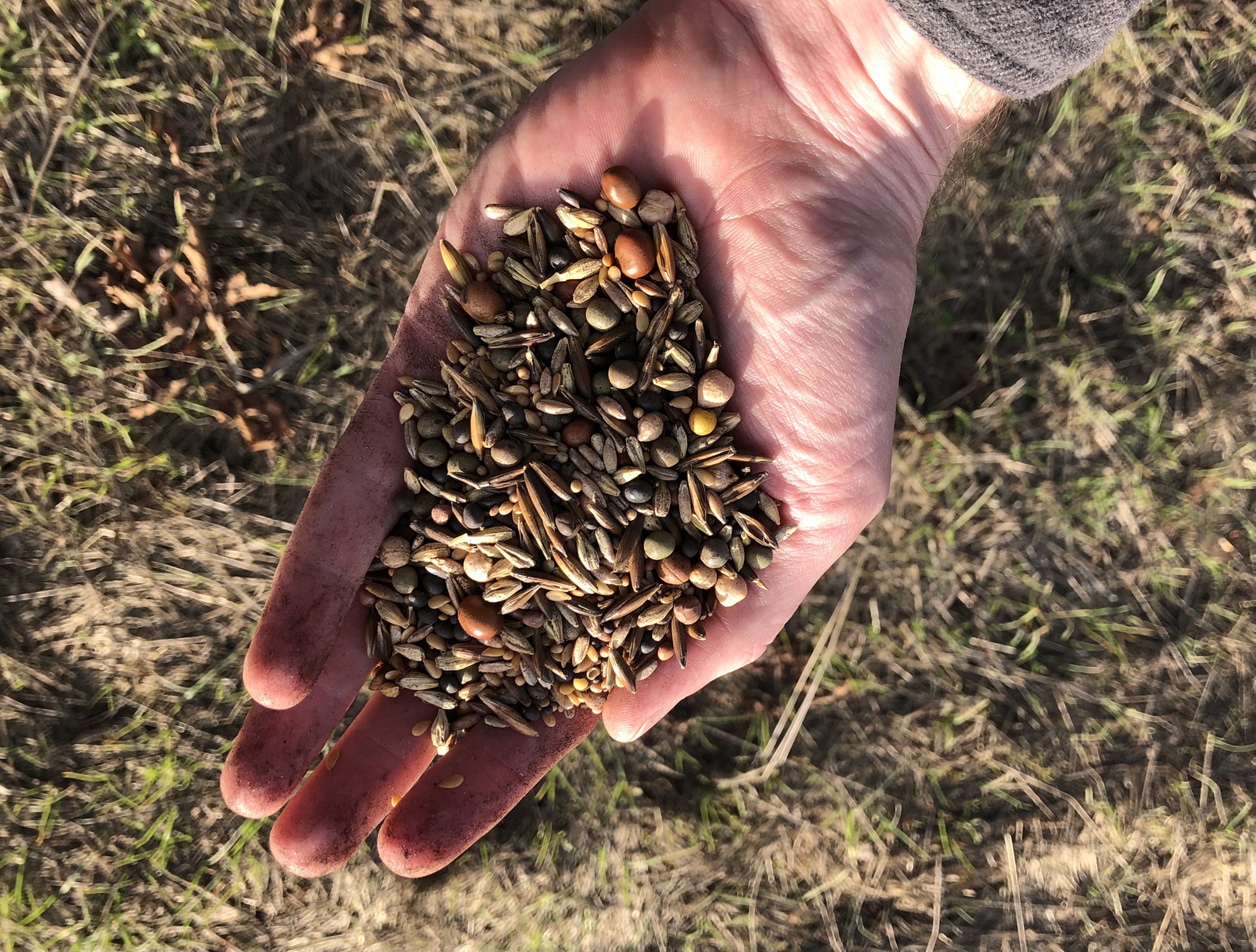 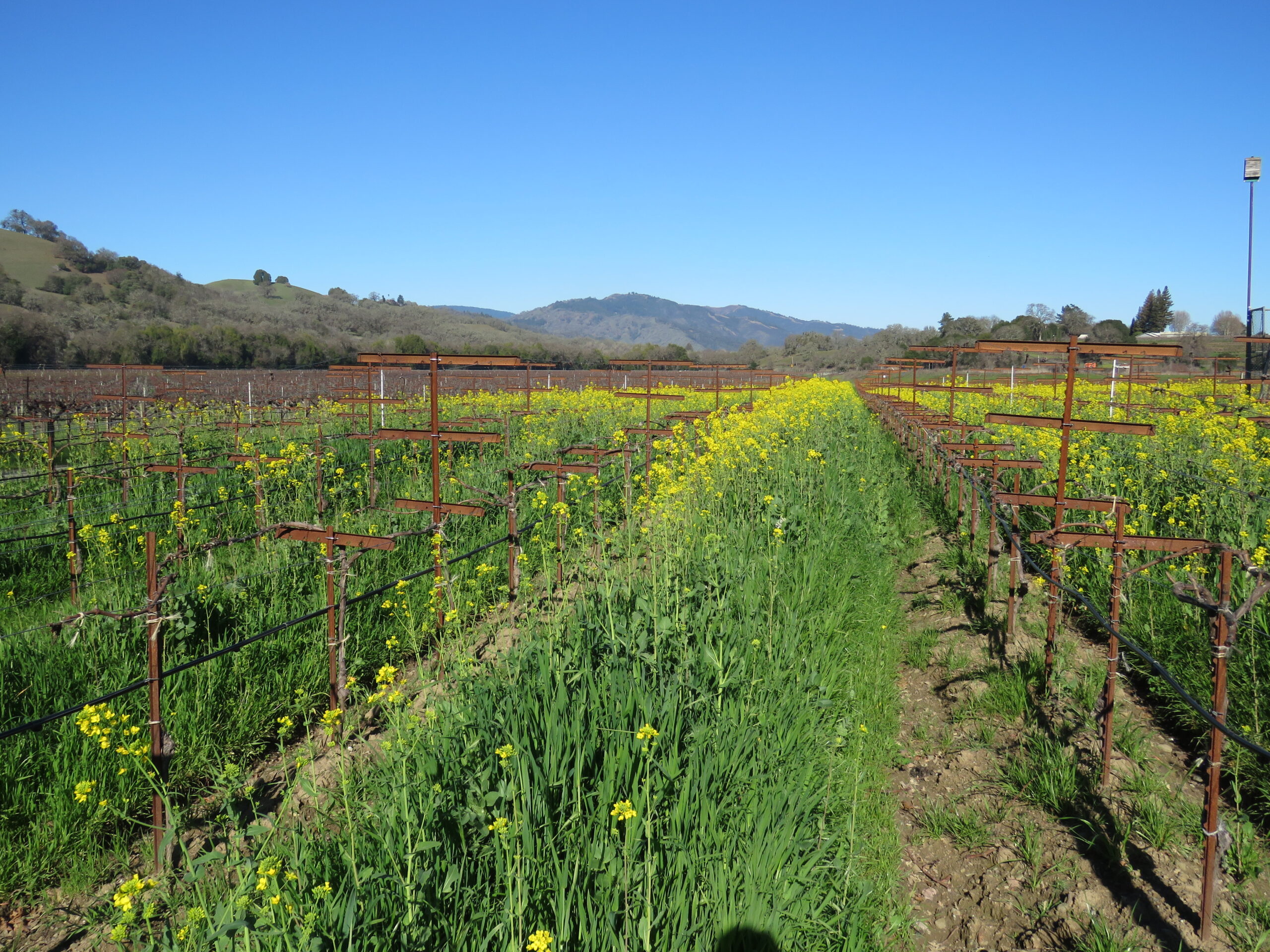 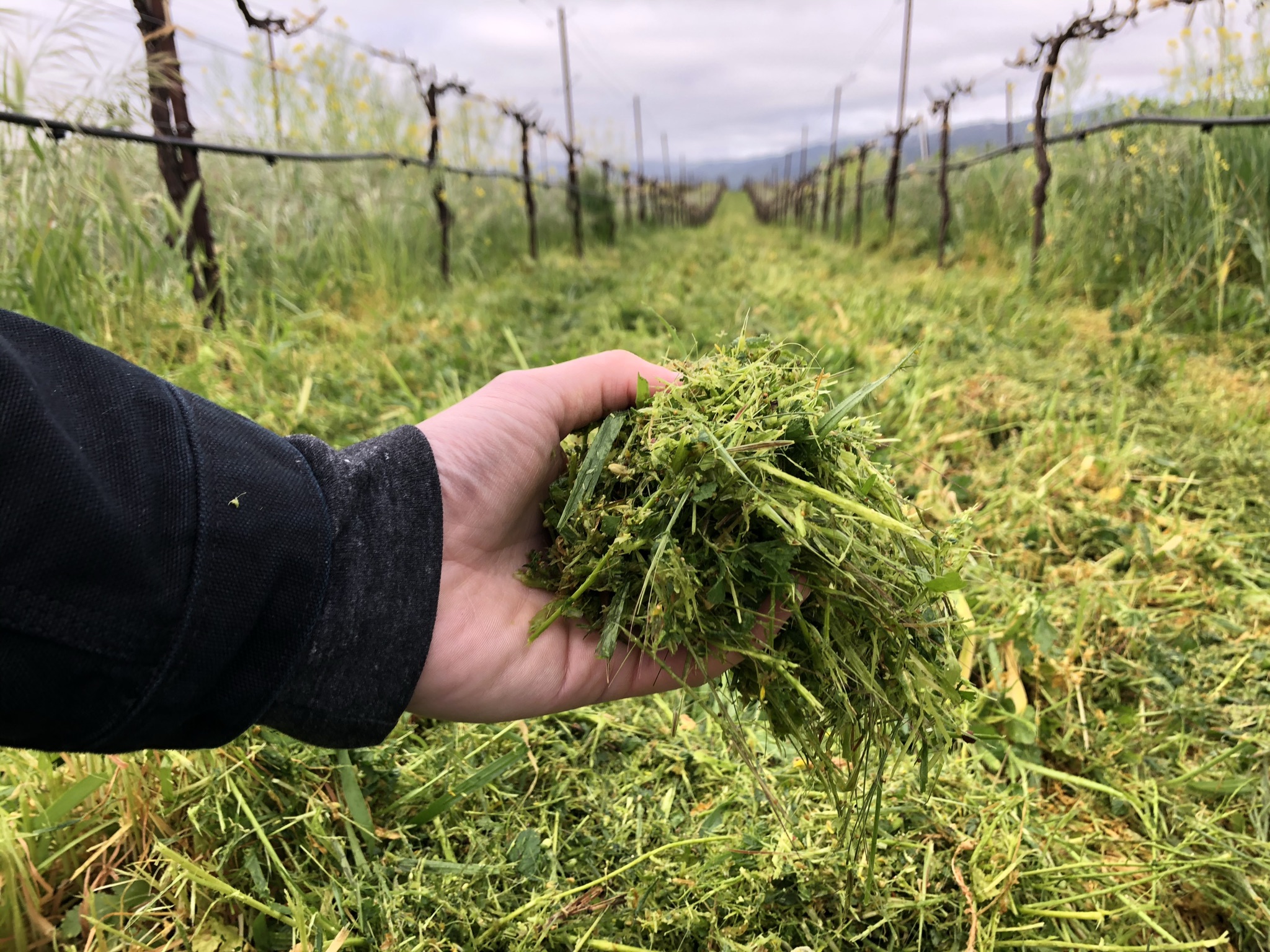 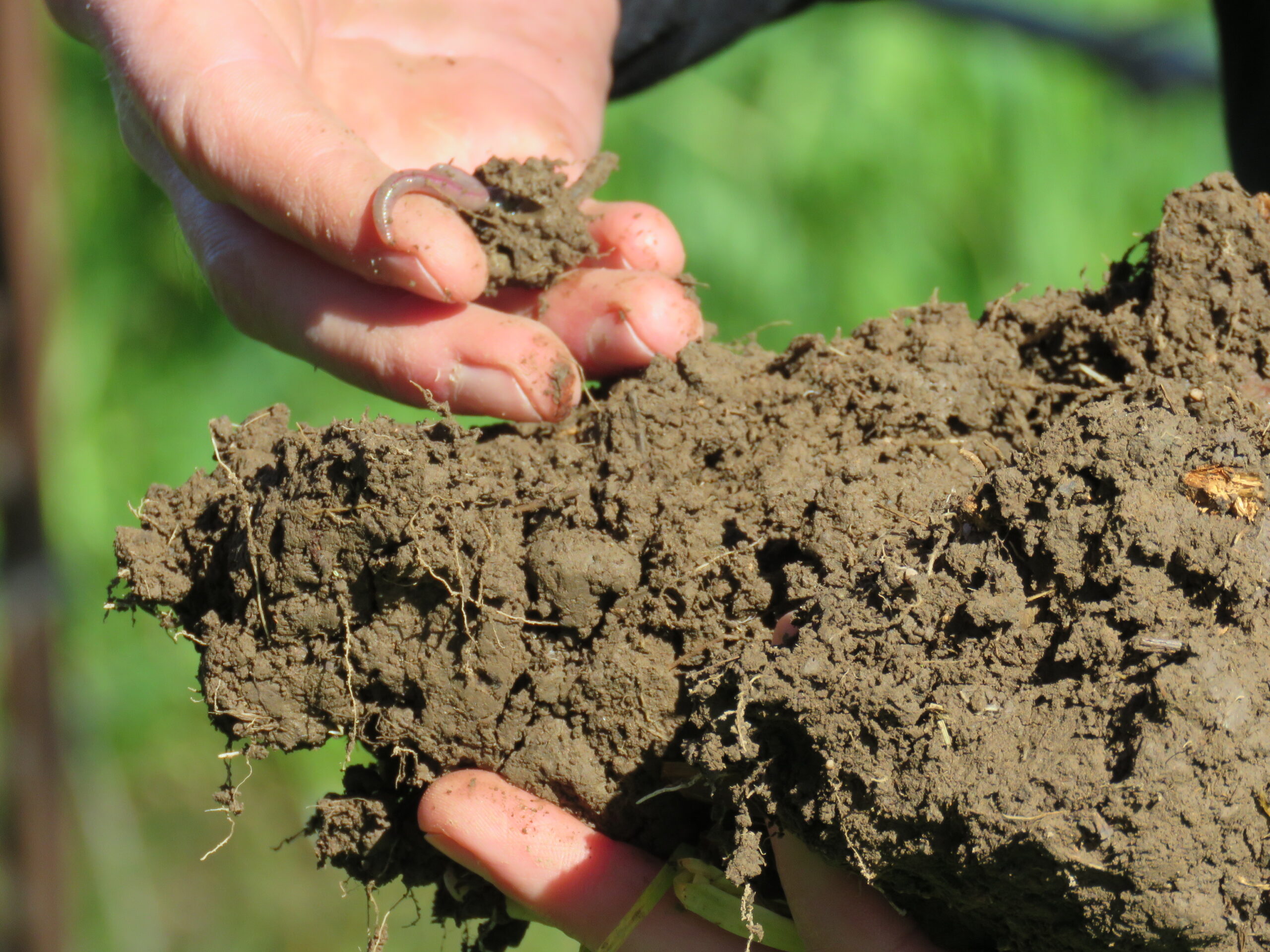