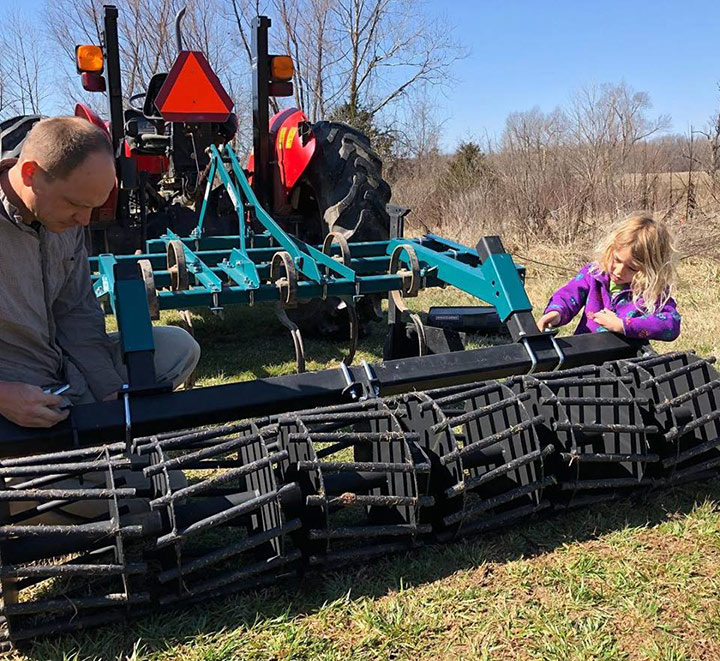 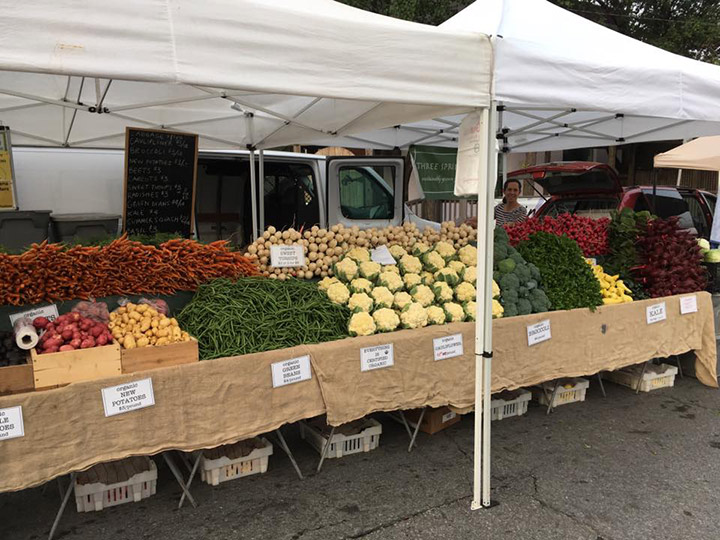 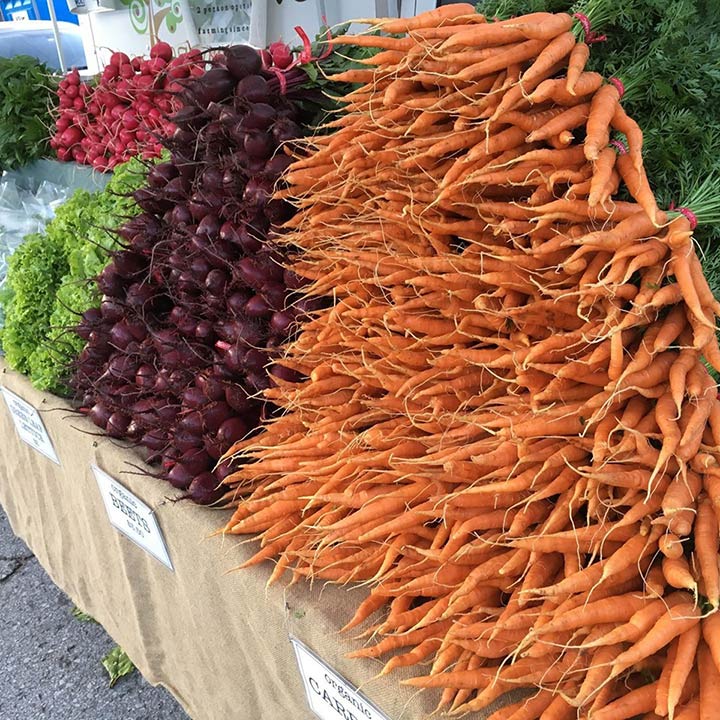 August 30, 2018 – Three Springs Farm is a certified organic farm located in eastern Oklahoma in the Ozark Hills. Farmers Mike Appel and Emily Oakley cultivate over thirty different crops and more than 100 individual varieties on three acres of land. Their goal is to maintain a family operation that demonstrates the economic viability of small-scale farming.

Both Mike and Emily studied farming in college, then Mike worked at Full Belly Farm in California while Emily finished grad school at UC Davis. They wanted their own farm and thought it would be more affordable to find the right land in Oklahoma where Emily was raised. Finding it just took a bit longer than they thought it would. They looked at more than 100 properties over three years while farming on leased land.

“Oklahoma is really difficult because there’s not a lot of good soil,” Mike explains. “The best land tends to be river valleys, but they’re prone to flooding. Or, there might be really great land but no water. The best land we saw was south of Tulsa but it was too expensive for us. We were at the eleventh hour when we just kind of stumbled upon our place, which is fairly close to Arkansas.”

The land they purchased hadn’t been farmed before so they didn’t have to go through the three-year organic transition period. Mike says the first years were pretty miserable. “But through a lot of grit and determination we made it through. Now, we’re 15 years in and doing well.”

Although they own 20 acres, they only farm three since it’s just the two of them and their five-year-old daughter. “Right now almost two-thirds of our fields are cover crop,” Mike says. “We do a big summer cover crop after all our spring crops are out. We use Sorghum Sudan grass, Sun hemp, and Sunflowers. We used to just do a monocrop, but as we read more about how different plants foster different biological activity, we decided to mix it up.”

“We try to get our winter cover crop planted by the end of September because we’ve noticed that planting it even a couple of weeks later drastically reduces the growth. Over time, we’ve figured out how to sustain the farm as two people; not growing year round is one way to do that.”

Mike and Emily grow tomatoes, peppers, squash, basil, carrots, potatoes, cucumbers, onions, and more. Mike said the onions weren’t great this year because they had a rough spring (like many farmers, they had to deal with extreme cold going straight to extreme heat). Over time, they’ve learned what’s worth it for them to grow and what’s not. It was tough giving up their strawberries and blueberries for instance, but a smart decision for their bottom line.

Most of their produce is sold at the farmers’ market in Tulsa and there’s a Three Springs CSA as well. People still pay up front for the CSA, but instead of getting a pre-packed box, they come to the market stand and pick out what they want. CSA members get a 10% bonus and newsletter. “It’s non-traditional but we still have that community support,” says Mike. “About half of our market sales are CSA so we know we have that market base there.”

Mike says they’ve tried to take what he learned at Fully Belly Farm and pare it down, but it took a lot of mistakes to get where there are now. “You have to think things through and figure it out. With the climate craziness, every year is so drastically different. This year, we had the coldest April on record and then the hottest May on record. Our plants were like, no, we’re not having this.”

His best advice for new farmers? Perseverance. “There’s times I’ve definitely wanted to just throw in the towel. But in the end, things work out. You talk to people, figure out the problems. Each year it gets better, but you’ll still have setbacks, like the weather for us this year. Know that while nothing is static, each year you’ll be able to build on your experience.”

Mike and Emily have also developed a good relationship with Oklahoma State University. “We’ve done some varietal trials with them, which helped us figure out what works,” says Mike. “What’s been interesting is to see the extensionists become more interested in cover cropping. They’re still very conventional, but they’ve become more interested after seeing what cover crops have done for us—the fact that we’re organic, our plants are healthy and our yields are good—without having to put down chemical fertilizers.”

“We’re a bit far away from the university so it makes it harder to collaborate but we’ve told them to call us whenever they do variety trials. We have lots of ideas and have trialed a bunch of different crops. I’m curious to see how the ones we picked match up to ones they’ve done. I’m also happy to provide them with the ones we’ve used.”

When asked whether he thinks consumers understand what the the certified organic label means and the integrity behind it, Mike thinks there’s definitely confusion with people thinking the non-GMO label means something is organic—both at the market and based on personal experience.

He also thinks the bashing of big organics doesn’t do a lot to support the label overall. “When you’re doing that consistently, the consumer doesn’t understand and is going to equate organics as something that is fraudulent. That’s a worry. It has to be a lot more delicate and balanced. There’s a lot of us out there doing it right. When the livestock rules got thrown out, that was a big blow. There’s a lot of concern and I think we’re riding a very fine line of losing consumer support if we don’t make integrity and strict standards the priority.”

Mike’s top reasons why people should choose organic whenever possible start with the obvious. “You don’t want poisons in your food. That to me is fundamental. It’s why we farm. We don’t want to eat food grown with chemicals and we don’t want other people to either. Also, farmworkers shouldn’t be working in fields that have nasty chemicals. We have a long way to go to ensure people have good working conditions, but at least we can ensure people aren’t being exposed to bad chemicals when they’re growing our food.”

Then there are the larger environmental impacts. “Living near a creek and seeing the life that’s there is incredible. While it is resilient, it’s also very vulnerable to our influences. It’s important to make sure your food choices don’t impair that. When we buy organic, we think beyond ourselves. Our choices have huge impacts in other parts of the world. Just try to make the best choices you can with what you have in front of you.”