Fresh From the Fields: Barr Farms

Fresh From the Fields: Barr Farms

Although Adam didn’t grow up working on what was his grandparents’ farm when he was a child, he visited often in the summer. “I was the city cousin,” he explains. “My father left the farm to become an attorney, but having succession on this land was really important to him so he was able to buy back in. I moved back to the farm in 2006, bought my grandparents’ house in 2007, and started a CSA that same year.”

It wasn’t easy though. Adam says he didn’t realize all it would entail in terms of creating a business and doing all the things that he and Rae wanted to do. “It’s way more complicated than I realized,” he explains. “The people I know who went to school, studied sustainable and organic farming and were employed on organic farms for a significant amount of time—they really did it the right way. I came into it with some smarts but not really understanding the business.”

The farm was certified organic in 2014 and Adam says it was a question of scale more than anything that drove their decision to become certified organic. “As we grew, it was getting harder to have in-depth conversations with every customer when they picked up their shares. We had plans to double our growth in 2015 and were at a point where we wouldn’t be having that face-to-face contact so we felt like it was the right time to get certified. We’d already been using organic practices and doing the record keeping so the transition wasn’t really difficult because we already had that mindset.”

In addition to the CSA business, Adam and Rae sell to a Whole Foods in Louisville and participate in Louisville’s robust farmers’ market scene. They also sell through New Roots, which is based on a model of equitable food justice CSA distribution, providing a sliding scale to people who can’t afford organic produce. There are three or four farms that participate and it’s organized as a non-profit.

“We grow 40 different vegetables,” says Adam. “We have 25 acres certified and have about half of that in production at any one time. Some of it is perennials that are not producing yet but hopefully next year we’ll have our first organic asparagus crop for sale. We’re on a much bigger family farm but it isn’t all certified for a number of reasons. The livestock is not certified organic. There’s no issue certifying the farm ground but sourcing organic feed is difficult and I’m not sure the demand is there.”

Adam is a big proponent of using biochar for building their soil. “There’s been an explosion of the science around it in the last ten years. “I really think the biochar is creating more of a permanent microbial habitat that will help us bring back that life pretty quickly after tillage or if we have a saturation event. It’s a foundational piece of the carbon cycling on our farm. We’re using that carbon matrix to store nutrients, water,  and air—while still focusing on cover cropping and cycling annual carbon. When we do them both, we are creating synergy. It’s still early but we’re seeing great results. Over time, I hope it will increase and give us a longer period where we’re keeping that soil alive instead of mining it.”

“We’re starting to work more on the biological availability of nutrients, using plant health as an indicator to measure that in the plants rather than the soil.” Adam is particularly interested in the work being done by John Kempf at Advancing Eco Agriculture to develop custom plant nutrition programs. “They’re doing amazing work with plant sap analysis rather than soil health testing. But there’s a significant cost associated with it that’s not justifiable for our scale.”

Annual rye grass is used for cover cropping, which Adam says helps because the farm is on fragipan (a dense subsurface soil layer that severely restricts water flow and root penetration) and far from ideal for growing vegetables. “There’s some research that has come out of the University of Kentucky showing that annual rye grass is chemically breaking down the fragipan as much as an inch or two a year and that’s really exciting. The University of Kentucky and Kentucky State University have organic programs and I use them both as a resource. We also plant summertime annuals, some hemp, and buckwheat. We use very high raised beds and drainage tile.”

Adam says the research on biochar and cover cropping with rye grass has fundamentally informed the way they’re managing fertility on the farm. “Once you put it in the ground, it’s going to be there for a long time. Not that we should be burning up all our woody material, there needs to more research. There are different ways to manage it and you don’t have to cut a whole tree down to build biomass.”

As far as the future goes, Adam sees microfarming or having a lot of small lots where people can build up their soil, grow nutrient rich food, and grow more locally as a viable solution. “On our scale of 20+ acres, I want to transition as much as I can over to perennial production because it is more carbon sustainable in the long run. We have an acre and a half of asparagus and it’s surrounded by a half-acre of hazelnut and chestnut tree plantings. We have over 1,000 trees in that half acre and we’re trying to graze around some of those.”

Over the long term, the Barrs think they probably will end up managing the larger 200-acre farm that is producing beef cattle. “My uncle and dad do that now. As we transition into more management of that we want to see more perennials and intensive grazing. Replicating the Savannah is going to have the highest impact on sequestering carbon. Those soils have the highest organic carbon content of any soil and that’s where we’re headed. The vegetables are an important step for us along the way.”

What do they want people to understand about why it’s important to support organic? “I would like people to think more about two things—the health of the farm workers and the overall environmental benefits when you are not using harmful pesticides,” says Rae. “If you’re thinking about food justice and farm justice, organic is a huge part of that. I think that’s a piece of the discussion that is slowly coming online that has been left out until recently. The other piece I think consumers haven’t thought about is the effect on the lands and the waters. That’s what we’d like people to know more about.”

In wrapping up, Rae says, “To make that connection, you need to expand your self-identity beyond your body to include your environment and your community. You are part of the earth and the earth is part of you. If you’re putting poisons in the water, that water is going to come back to you and your descendants.” 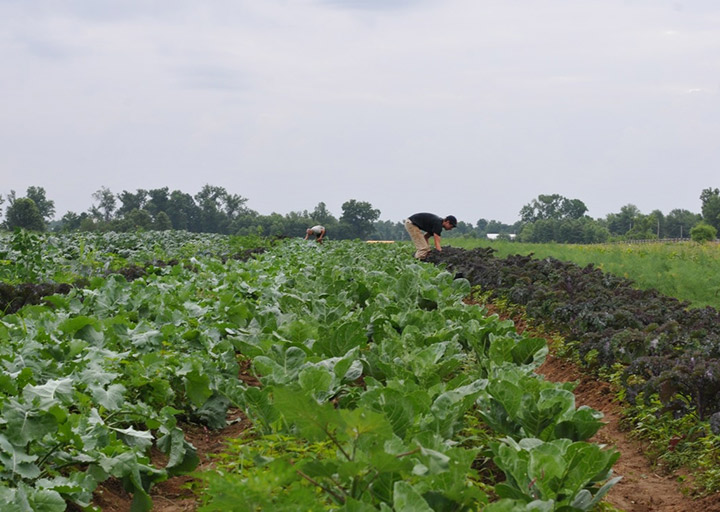 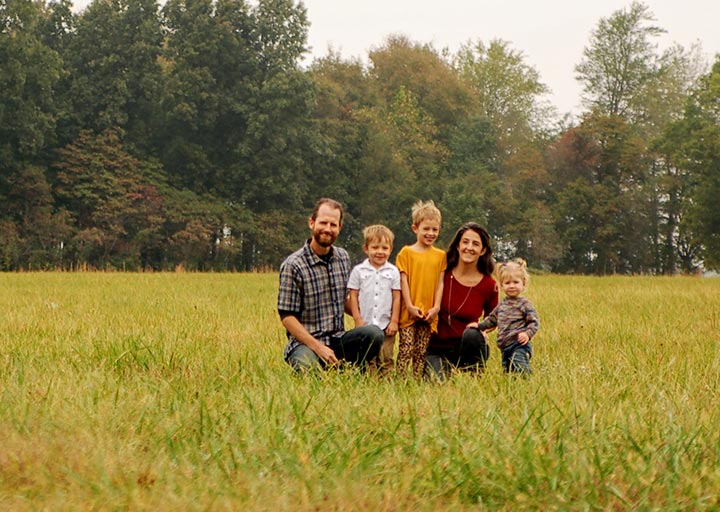 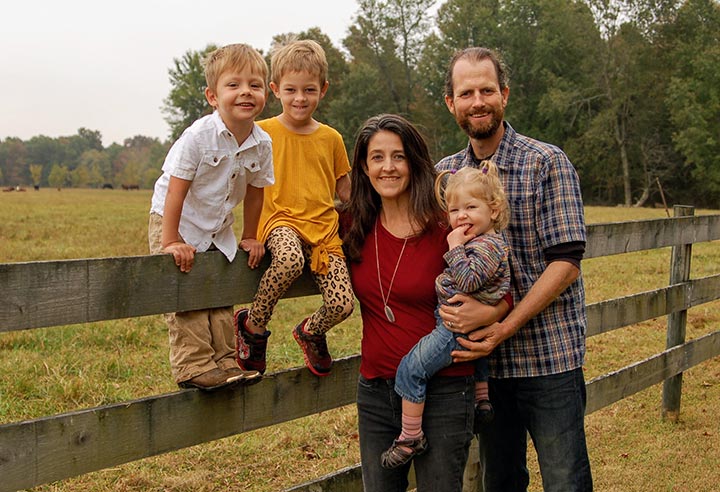 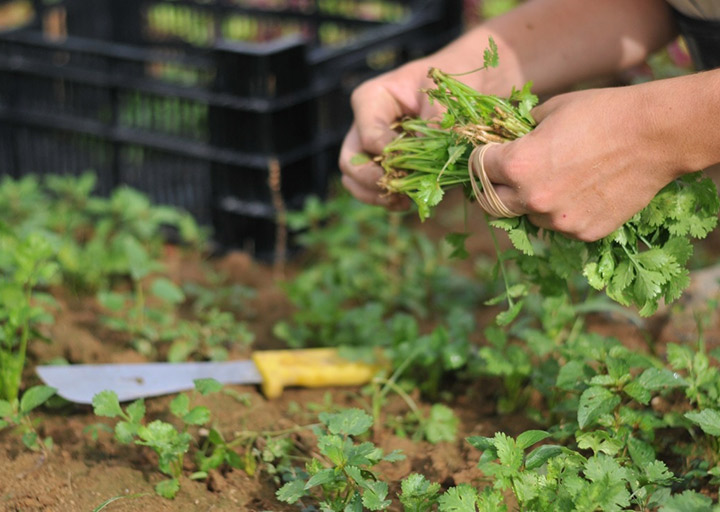 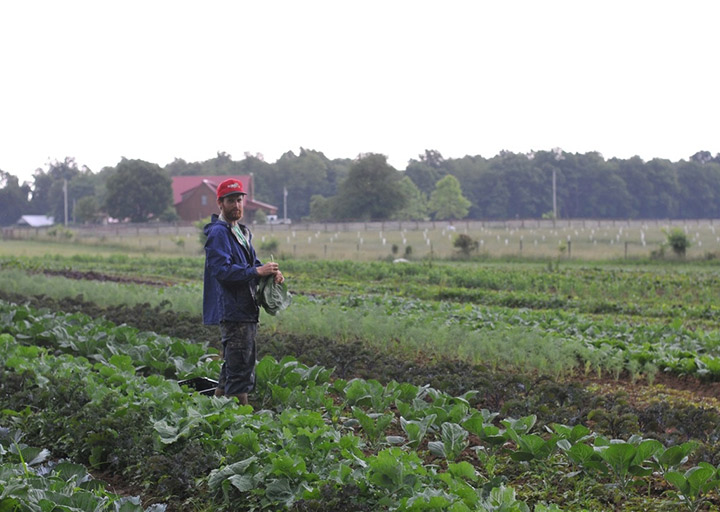 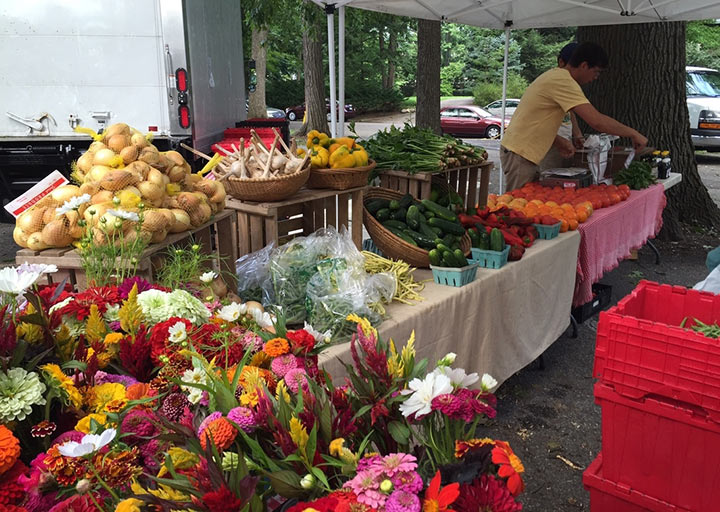 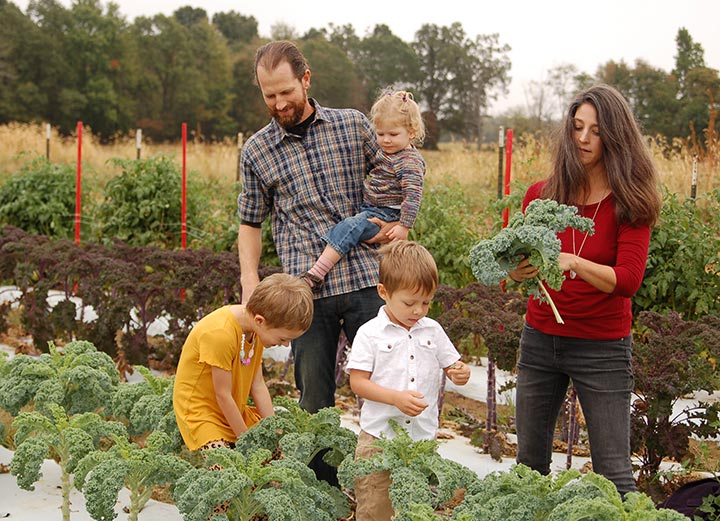