It’s About the Long Game Now

It’s About the Long Game Now

March 30, 2020 – Bob Scowcroft, co-founder and first Executive Director of OFRF, was scheduled to speak at OFRF’s benefit luncheon at Expo West on March 4th. Unfortunately, the cancellation of Expo West and our luncheon due to COVID-19 was just the beginning of a series of events that none of us could have foreseen. It’s a different world now, one that relies on the heroic efforts of many—not the least of whom are those who grow the food we need to stay nourished and healthy. That’s why we wanted to share his inspirational words with you. It’s about the long game now, continuing the important work OFRF embarked on 30 years ago. 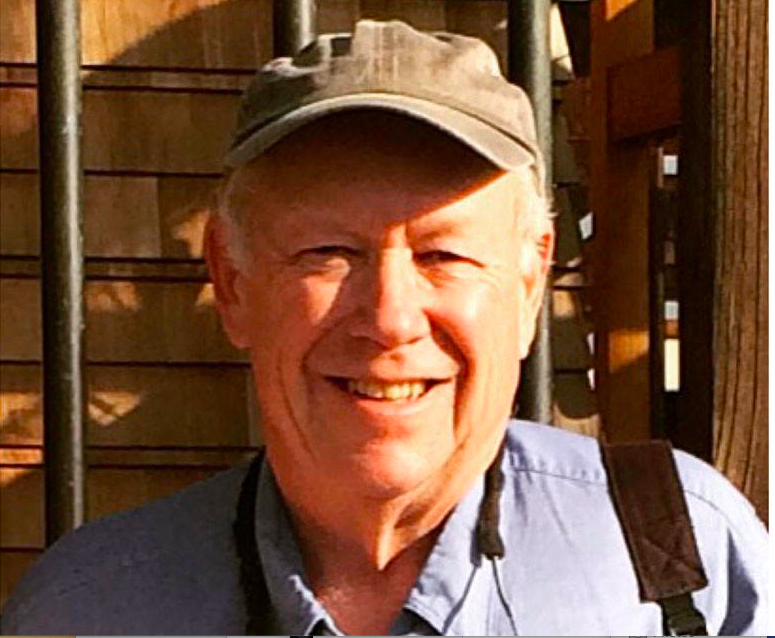 We had an answering machine and a P.O. box. Our board consisted of ten certified organic farmers and two scientists. It wasn’t that way for long, thanks to the generosity of three foundations and a number of long- time organic farm operations, funds were raised to launch OFRF’s on-farm research program.

We knew that organic farming and ranching worked but we didn’t have the scientific documentation to back us up. There was no institutional support for on-farm organic systems research nor was there any national “portal” in place to make the few papers that had been published on organic were available to others.

We decided OFRF would fund organic research projects and, thanks to the generosity of every organic verification group in the country, we would write up and share the results with every organic farmer on their membership lists. We felt like we were part of a movement.

We hit a home run relative to the first on-farm research grant OFRF ever made. A grant we made to Carl Rosato* was for peach fruit brown rot disease, which was/is a very serious disease since it affects the fruit and cuts into production and profits. As a result of that grant, Carl (pictured below) developed his mineral-mix bloom spray, which has worked really well for over 20 years. It has been published on the ATTRA web site and is now available in greater detail on eOrganic.

It’s really hard for me to share the brilliance and passion I saw exhibited by the members of the OFRF board. I wanted to bottle it (and sell it at Expo!). Remember, most of them were (and are to this day) full-time organic farmers. Not only was their knowledge “observational” based on their own farming experience but they had the (in some cases, self-taught) academic understanding of similar research reports relevant to the proposals before them. I loved sitting back and watching four or five of the board members play “citation smack-down” in support of, or opposition to, a particular funding request. How they ever managed to read five or seven extra papers in addition to their “day jobs” was beyond me.

Though not easily publicized, one has to understand that those proposals not funded by OFRF made a major impact as well. Nearly 1,000, maybe more, organic research projects came into the office. All of them included organic farmers’ ideas and most of them had academic partners.

Over the years, we heard too many tales of automatic dismissal or refusal to sign off on a proposal by the powers that be in academia. The risk of starting (and ending!) one’s career as an organic outlier was real. Quite a different situation from today, note OFRF’s collaboration with Tuskegee University on a day-long Organic Agriculture Research Forum hosted in conjunction with the Southern Sustainable Agriculture Working Group.

Yet, that too wasn’t enough for us. With the publication of Mark Lipson’s Searching for the O-Word, OFRF revealed the utter lack of investment in peer-reviewed organic research (data point: we looked at over 30,000 USDA’s Current Research Information Service (CRIS) online agriculture research reports and found about 32 (nearly) organic reports). Clearly, we were not receiving our fair share of research funds.

With a powerful and focused board, and one of the best group of staff assembled, we took risks to lead, on behalf of organic producers when no one else would or could. We could ONLY do this work thanks to the generosity of literally thousands of donors, making gifts large and small.

We published the results of the research we funded. We walked the halls of Congress with organic farmers, gently reminding our elected officials of the need for a fair share of organic research dollars. We established important collaborations with other environmental, consumer and even industry organizations. We worked with Congressman Sam Farr to found the Organic Caucus. Heck, once I (and two organic farmers) had the very rewarding job of briefing Willie Nelson on his bus before his Fillmore West show, on the size, scale and expansion of organic farming in the USA! Now THAT was an exceptional experience.

What made OFRF such a wonderful place to work was the esprit d’ corps of the staff reinforced by the passion of the board. Though up against great odds, there was joy to our work. We were a movement organization looking to seed organic systems throughout the country.

In my volunteer role as a Trustee of the Nell Newman Foundation, I run across any number of projects that give me great hope for the future. I think that under the current radar (and noise level) there’s a new exciting wave of young people going forward to the land! A few weeks ago, the New York Times published a long piece on the new wave of rural intentional communities coming together around food and farming. In Alaska, young women boat owners are forming policy coalitions and co-ops to manage their fish-shares sustainably. The new Secretary of Agriculture in Colorado is a former farmer and staff member of the NYFC. Kansas has a Democratic governor and a Secretary of Agriculture open to organic farming systems.

Today, it’s your turn. OFRF has the right stuff. Their current board members shine in each of their communities. Every organic sale you make, consumer you inform, even beer you drink, makes a difference. It’s about the long game now. By building relationships, growing grassroots networks and activism, and engaging in policy support, I believe OFRF reflects the very definition of exceptionalism today and into the future. That’s why I support them with my own donations and work with other foundations to support them too.

Thank You! Game on!

*For those of you don’t know, it is with a heavy heart that I share the passing of my friend Carl in 2019. His was a life well-lived, an amazing person gone way too soon.