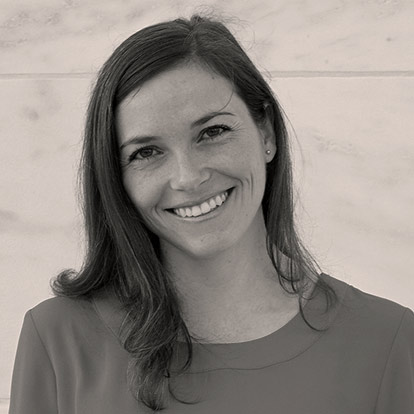 Cristel is committed to building a sustainable and equitable food system. She has worked across a variety of issue areas in the food system, including researching and advocating for federal programs that support beginning, socially disadvantaged, and veteran farmers and ranchers, conducting research on a nutrition incentives program piloted by the Mayor’s Office in NYC, and analyzing data on the largest working lands conservation program in the country. As Policy Fellow for the National Sustainable Agriculture Coalition (NSAC), she expanded her understanding of the federal policymaking process, established relationships with Congressional and federal agency staff, and refined her data analytical skills.

Cristel joins OFRF as Climate Policy Associate to advance the organization’s policy work regarding the role of organic agriculture in addressing climate change. This is a joint position with NSAC through which Cristel will lead NSAC’s ongoing Climate Change and Agriculture federal legislative campaign and conduct key projects on behalf of OFRF.

Cristel holds an M.A. in Food Studies from New York University, where she focused on agricultural economics and policy, and she earned her B.A. in Economics from the University of Texas at Austin. Prior to her work in sustainable agricultural policy, Cristel worked for Deloitte Consulting as a technology systems consultant, focusing on customer relationship management software solutions. In her free time, you can find Cristel experimenting with her home-brewed kombucha, hiking and camping, or cooking with friends and family. 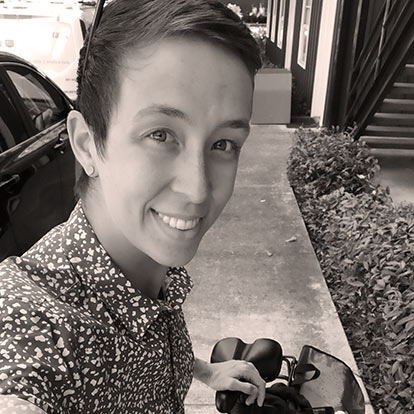 Kelsey Grimsley graduated from UC Santa Cruz with a B.A. in Politics. Right out of college Kelsey gained valuable experience working with diverse populations through jobs in grassroots organizing, community engagement projects, and congressional offices. She lived at a Buddhist retreat center, off-the-grid in Santa Cruz County, where she explored how to live a sustainable lifestyle first-hand, while working for the center as Community Relations Coordinator.

Kelsey has always been passionate about environmental stewardship and social justice, which has informed her career path and led her to working here at OFRF. She is excited and proud to be a part of an organization that has a meaningful mission that aligns with her passions. Mark Schonbeck has worked for 31 years as a researcher, consultant, and educator in sustainable and organic agriculture. He has participated in on-farm research into mulching, cover crops, minimum tillage, and nutrient management for organic vegetables. For many years, he has written for the Virginia Association for Biological Farming newsletter and served as their policy liaison to the National Sustainable Agriculture Coalition. He has also participated in different research projects to analyze, evaluate and improve federally funded organic and sustainable agriculture programs. In addition, Mark offers individual consulting in soil test interpretation, soil quality and nutrient management, crop rotation, cover cropping, and weed management. Dr. Jerkins brings to OFRF decades of experience in agricultural research, federal program management, university administration and hands-on farming. She was a National Program Leader with the US Department of Agriculture’s National Institute of Food and Agriculture (NIFA) between 2002 and 2014, and also helped implement the agency’s first sustainable and organic agriculture programs. Prior to joining NIFA, Dr. Jerkins directed the Center for Regenerative Studies at Cal Poly Pomona.

Dr. Jerkins earned her graduate degrees from the University of Georgia, including an MA in Agronomy, and a PhD in Entomology. Vicki joined OFRF in October 2015 after five years working with Second Harvest Food Bank of Santa Cruz County. At the food bank, she was responsible for sharing stories of people in need and the individuals, schools, businesses and non-profits that work to ensure everyone has access to healthy food and resources to help them get back on their feet.

As Communications Manager, she is responsible for disseminating relevant content across all channels and helping farmers access tools and resources that support their success. She is responsible for design and production of research reports, webinars, and educational materials, and works to increase outreach and nurture collaborative relationships with organic stakeholders.

Vicki began her career as a member of the Macintosh introduction team at Apple Computer in 1984 and spent a number of years working as an independent marketing writer. She is passionate about music and food and also works as a deejay at KPIG, a free-form Americana station broadcast from Freedom, California and streamed worldwide. Sheila Golden brings over ten years of program development and management experience from sustainable agriculture non-profits and UC Cooperative Extension. She leads OFRF’s grant-writing process and supports staff with program planning and implementation. She has a MS from UC Davis in Community and Regional Development. Lauren is a scientist dedicated to promoting organic agriculture and developing sustainable food systems. She discovered her passion for agroecology as an undergraduate at Boston University where she collaborated on a research project evaluating the ecosystem services provided by bats in organic pecan orchards. It was here that she became curious about where our food comes from and how agricultural production practices affect the environment and human health.

Since then, she has conducted research around the globe, working with small-holder farmers in Sri Lanka, Kenya, and the U.S. Throughout her PhD., she worked closely with local organic farmers in NY State to design applied research evaluating the environmental, nutritional, and economic outcomes of diversified agricultural practices. A primary objective was to evaluate the potential for crop varietal mixtures to mitigate the need for pesticides by increasing natural pest control services and maximize growers’ profits by reducing production costs associated with mixed species plantings.

Lauren holds a B.A. in Ecology & Conservation Biology from Boston University and is completing her PhD. in agroecology and sustainable food systems from Cornell University. She is excited to join an incredible team committed to improving our nation’s food system, and is thrilled to have the opportunity to advance organic practices through research and education.

In her free time, Lauren loves enjoying the outdoors with her partner and their dog, cooking delicious food for friends and family, and dancing salsa. Haley has worked across the food system for over a decade, first developing her love and passion for food and social justice while growing up in San Francisco. She has worked on a variety of anti-hunger and food access programs, farmed certified organic land, sold and bought local produce, and managed large-scale program evaluations. She has spent the last seven years working on and learning about the complexities of the food system so that she can help build a more just and sustainable world.

Along with her work for OFRF, she also oversees operations and city staff for pineapple collaborative, a community for women who love food. She has a Master’s in Food Studies from New York University, where she focused on sustainable food systems and the organic supply chain, a B.A. in Sociology and Spanish from Wesleyan University, and a graduate certificate in Sustainable Agriculture and Food Systems from Tufts University’s Friedman School of Nutrition. In her free time, Haley is usually traipsing around local farms, exploring new hikes, eating dumplings, and cooking with lots of vegetables. Brise Tencer brings 20 years of leadership experience working on organic food policy, farming, and research issues to OFRF.  Ms. Tencer most previously served as Director of Policy and Programs for California Certified Organic Farmers (CCOF), where she managed the government affairs and grower education program, coordinated their regional chapters of members, and ran a grant-making program. Prior to that, she served as lead lobbyist on food and agriculture issues for the Union of Concerned Scientists. There she developed legislative campaigns on a range of agriculture issues, including organic (focusing on the connection between organic practices and climate change), USDA research priorities, and food safety. She also worked on a successful campaign to end overuse of antibiotics in livestock production.

Brise worked as Acting Policy Program Director and later as Legislative Coordinator for The Organic Farming Research Foundation from 2000 to 2006. During this time she helped initiate the Organic Agricultural Caucus in the U.S. House of Representatives and the Organic Farmers Action Network (OFAN), a grassroots political action network to support organic-friendly policies. She helped secure language in the Agriculture Risk Management Act of 2000, which said that organic farming was considered a “good farming practice”, that enabled organic producers to be eligible to participate in federal crop insurance programs for the first time.

Ms. Tencer has served on the boards of the Northwest Center for Alternatives to Pesticides, the California Climate and Agricultural Network, and the National Sustainable Agriculture Coalition.

Ms. Tencer holds a B.A. in Community Studies from University of California, Santa Cruz and received both a Certificate in Conflict Resolution and a M.A. in International Environmental Policy from the Monterey Institute of International Studies.